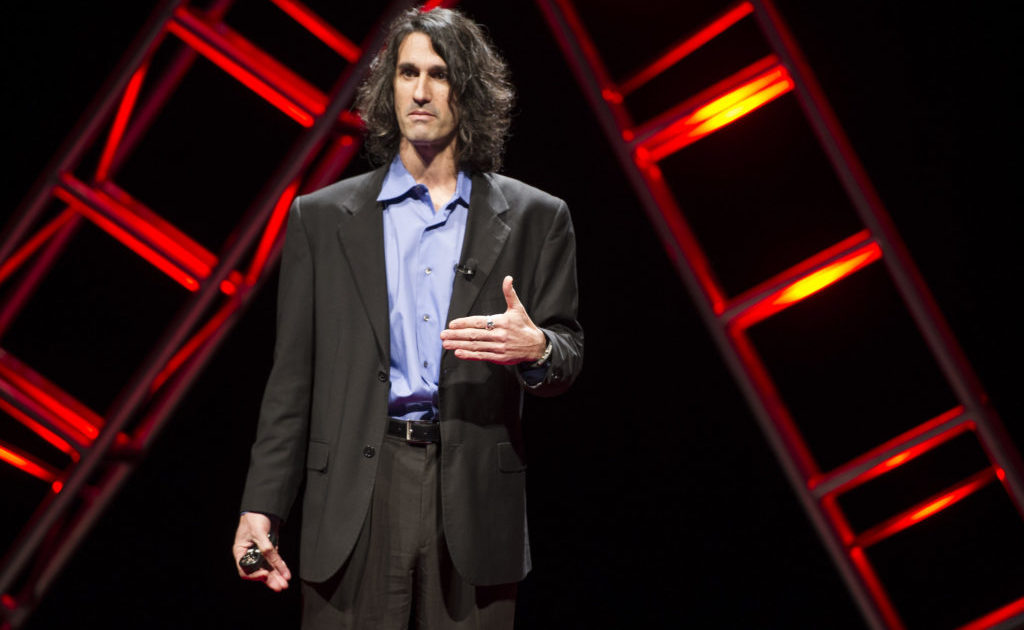 For months, we’ve been obsessed by the virus. But according to Agustin Fuentes, COVID-19 is about our social, economical, political and health infrastructures.

We should no longer regard COVID-19 as a biological event. At least, that’s what anthropologist Agustin Fuentes of Notre Dame University in Indiana, argues. Of course, he recognizes the virus SARS-CoV-2 is a biological entity, and COVID-19 is characterized by significant morbidity and mortality. But we should see COVID-19 for what it is: a bio-social crisis.

Time for an interview with this expert in primate and human behavior, who studies the transmission of pathogens in particular. What does he observe during this pandemic? What does it teach us about ourselves and about our societies? Will it change our behavior in the long run? And which cultural and governmental systems seem to be performing best during this crisis?

Fuentes is cautious, not to make simple comparisons, using a general continuum of individuality versus communal orientation, for instance by looking at western versus Asian approaches. He finds it more interesting to compare that also with governmental types and, very interestingly, social history of large scale trauma. ‘Societies that fall somewhere on the spectrum towards the commune, on that continuum with governments that have broad scale communal infrastructure, socialized medicine, education, and have also experienced significant nationwide trauma in the last century. There you see more capacity to do the lockdowns or communal based things than elsewhere.’

Several Asian countries seem to be coping rather well with the virus. Do you think their experience with the SARS and MERS viruses has made a difference?

Yes, in a couple of ways. I think right away you can look at China, Singapore, Japan, and you can pinpoint within the last two decades, each of these places has been impacted by specific environmental or epidemiological traumas to which there was a strong response required. And there’s already a communal based versus individual basis sort of structure within these societies. And so there’s a lot of critique that you can put in there about how some of these governments interacted in this sort of totalitarian approaches. However, functionally, just from the epidemiological standpoint, it worked very well.

Europeans in the meantime do not seem very appreciative of the Asian approaches.

Indeed, there seem to be certain barriers. Let’s just take mask wearing, which for now, three and a half, four decades has been common in a number of Asian and Southeast Asian countries for a variety of reasons, largely because of these different epidemiological occurrences and infections that have. Whereas in much of the world. Clearly, the Western world, for some strange reason, they have been off the map. It’s taken on this sort of dramatic last ditch.

It seems to be experienced as a threat to personal freedom, like the state should not tell us what to wear.

But which is fascinating because it’s the conflagration of this push against authoritarianism. But at the same time, it’s a reflection of incredible individuality. This notion of, well, as in the United States, there is a great photo that came out a couple of weeks ago at one of these protest against masks or social distancing. The person is wearing a sign, stating: my liberty is worth more than your health.

Or ‘your health stops where my discomfort begins’.

This goes back to the research that I’m doing. Discomfort is perceptional. This is how people perceive this. It’s real right now. What we perceive is real for us. But these are perceptual, right. And so people are ready to go to battle now to fight for the right not to wear a mask. Which data wise is absurd, but their perspective is that this is the line in the sand for them.

In the Netherlands even the outbreak management team is pretty much against community face masks. They use statements like: ‘in China facemasks did not stop the outbreak’ which is a clear fallacy, and they state it creates a false sense of security, without any scientific evidence to back that up.

You know, early on, mask use was problematic in some areas because of supply issues. But once that supply issue was resolved, we know that actually masks don’t work that well, but they work a lot better than no mask, you know, it’s this sort of what is the variable: culture. And the most important thing is a mask is good if you are infected. That is not for you. It’s for others.

Our experts say: as long as they stick to the 1.5 metre rule it is not necessary. And that rule seems to be set in stone.

Which is hilarious, because in other places, it’s two metres, or one metre. People get so committed to one data point. Here’s the whole problem with translation of the scientific knowledge. Droplet and aerosol dispersal depends on multiple variables, so that the one and a half or two meter is a general ballpark suggestion.

We still don’t know everything about transmission of this virus. Policy makers are struggling with that – in particular with outdoors versus indoors advice.

This is that this translation project that I’m working on now. You’re exactly right. People I think policymakers frequently don’t give human beings enough credit. Actually, people are pretty good at complicated things. We’re capable, but for some reason, largely, policymakers want firm, fast, solid, single explanations as opposed to ranges. They think people can’t handle ranges. I think in my experience and looking, you know, looking at the survey data and interviews mean actually people are OK with fuzzy boundaries.

As long as they get the basic mechanism?

I’ve been doing a lot of work explaining to people what is a corona viruses, what is this? You know, no one knows. They see the picture of a Spiky Ball, and they imagine all these little spiky balls being found and picking on people. So the whole idea of thinking of this as sort of fluids that move in the air is much better.

Have there been studies on how to inform and empower people in a situation like this?

Well, it is very clear that the studies almost all in the negative. That is, we know that less information is bad. We know that restrictive information and authoritarian information tend to not work in a lot of particularly Western nations. It’s easier for places that already have a relatively authoritarian context right now, but it’s very hard, particularly given the history of trauma, let’s say, in Europe. And for many European countries, authoritarian responses don’t go over well with a lot of people. So you get this resistance to anything that comes out. We also know that mixed signals for example from multiple people in the government, pretty much kill the message. 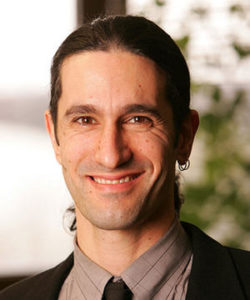 Some experts argue that any country should by definition tackle the crisis in its own way. But isn’t it smart to quickly adapt certain things, by looking at other approaches?

What you just said is absolutely right, that each culture, each nation has their own cultures and their ways of doing things. But we also are all hybrids, right, in the contemporary world and 21st century. So think of our approach as we think of our cuisine. Right. And Holland is the perfect example. Right? Some of the best Indonesian food I had in many years was in Amsterdam. But it’s not Indonesian. It’s a hybrid. It’s sort of taking and influencing and drawing. And so we have no trouble taking hot sauce from here and a spice from here, if it makes the whole dish better.

That would be in a perfect world. But in reality there is a lot of prejudice and even racism becomes apparent during this crisis. When the virus had not reached the Netherlands, one expert suggested the Italians were dirtier than we are. What’s your take on that?

If anything, we all know that significant traumatic events highlight social inequity, highlights social hierarchies and highlight racism. And we can see that emphatically so right now. It is happening strongly in Europe, but the United States. Unbelievable. And it’s not just anti Asian racism. It’s not just this sort of nationalism against, you know, against foreigners, but it also is in the morbidity and mortality that the sickness and death rates among the racialized minorities: in the United States they are dying at three, four and five times the rate at which white Americans are. The inequity in the social system is amplified and made more visual. The same is happening in countries like the UK and in France, although the French are very hesitant to publish any of these data.

Some anthropologists have suggested that this crisis will change much of our behavior in the long run. What do you expect?

We’re incredibly flexible and we’re incredibly social. We imagine new ways to be. However, I think the challenge for a lot of societies (here’s where my work in Spain and my connection there in southern Europe has been important) there is the notion that globally we’re talking another year or more of social distancing. That means physical contact between individuals who are not cohabiting, is pretty much off the table for a while. We’re going to invent new ways of saying hello or a greeting, nodding the head. But it’s it’s going to take a while.

People have been suggesting that the outbreak might have spread more rapidly in Italy or Spain because people there have more physical contact than in northern European countries. Do you know of any data supporting that?

That’s one of those things that sound right. But yes, it’s not 100 percent clear. There’s a couple of things that went on. And I think in particular, if you look at where the outbreaks took place. Let’s take Spain and Italy, where you had this rapid rise. There is a high degree of social contact indeed. But if you look at where the outbreak started in or where they spread really quickly, these are very high density urban landscapes with a large percentage of elderly.

One other last question. If you would like a look at it from a very basic evolutionary anthropology way, maybe Darwinistic kind of way, that that some societies will get, you know, that those societies will manage better to survive this crisis?

Yes. So, I mean, this way you think that nations are not units of selection, right? Nations aren’t Darwinian units. So but this is a great case study in evolutionary biology because it shows variation in biological response to a selective environment. So we’re seeing what is the human variation here. This is really interesting from an evolutionary biological perspective. But it’s not going to sort of select for some societies and against other societies. What’s going to tell whether a society does well or poorly is not the virus, it is the society. It’s the political, social, economic and health infrastructures. And yeah, in the sense of epidemiological challenges and being in the United States.I can say the United States is showing its extreme weakness in dealing with serious epidemiological challenge right now. We should be the best in the world.

The US was actually on top of the Global Health Security Index, last Autumn.

And look at this result. That suggests an extreme and deep set of flaws in the response and the health system and then equity.